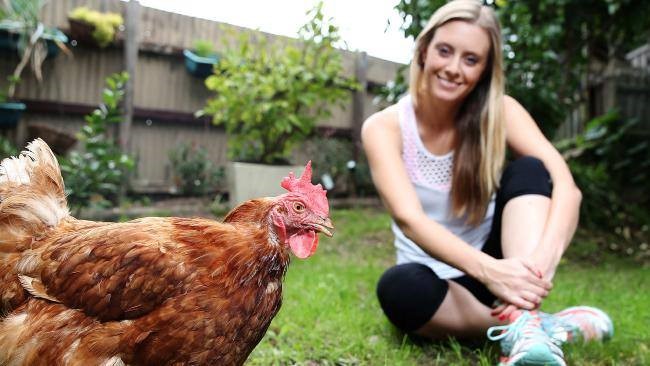 Emma Hurst is a Member of the NSW Legislative Council representing the Animal Justice Party.

Born and raised in Sydney, Emma traces her passion for animal protection back to her childhood when she was cradling a hen. Realising the hen purred in the same way as her cat, Emma decided she could no longer eat animals, and made it her life goal to fight on behalf of those who are voiceless.

Emma has been campaigning for animal protection for over 15 years, first working as a campaign director for Animal Liberation and later as media officer at PETA. During this time, Emma ran a number of highly successful campaigns that saw two major duck producers successfully prosecuted by the ACCC, the end of various cruel wild goat racing events, multiple companies including major burger chains and butchers cease their sales of rabbit meat, and hundreds of animals rehomed from medical research.

Soon after her election as a Member of Parliament, Emma established and chaired a NSW Parliamentary Inquiry into the Use of Battery Cages for Hens in the Egg Production Industry, recommending a phase-out of battery cage hen farming in NSW.

Emma has now established a second Inquiry into the Exhibition of exotic animals in circuses and exhibition of cetaceans in New South Wales, where she will serve as Deputy Chair.

During her time in Parliament, Emma has also been a frequent opponent of Australian ag-gag laws, speaking out against the NSW Government's Right to Farm Bill and increased biosecurity legislation.

Currently Emma is spearheading a campaign against puppy farming and is in the process of writing legislation that will ban puppy farms in NSW. She has also been advocating for tougher penalties for acts of animal cruelty, and for animals to be recognised as domestic violence victims in their own right.